(By: Sherina Harris) Feb. 20 marks one month since Donald Trump was sworn in as the 45th president of the United States of America. It’s been a fast paced month that has prompted strong reactions from people of all political backgrounds — from some Trump aides suspected of communicating with Russia to a court of appeals denying the Department of Justice’s request to reinstate Trump’s … END_OF_DOCUMENT_TOKEN_TO_BE_REPLACED

(By: Brendan Sylvia) Three major events this past week gave Conservatives hope and Liberals doubt. It’s President Trump’s White House Now On Friday, Donald J. Trump was officially sworn in as the 45th President of the United States of America by Supreme Court Chief Justice John Roberts. Immediately following the Oath of Office, President Trump delivered an inaugural address in which he plainly denounced the … END_OF_DOCUMENT_TOKEN_TO_BE_REPLACED 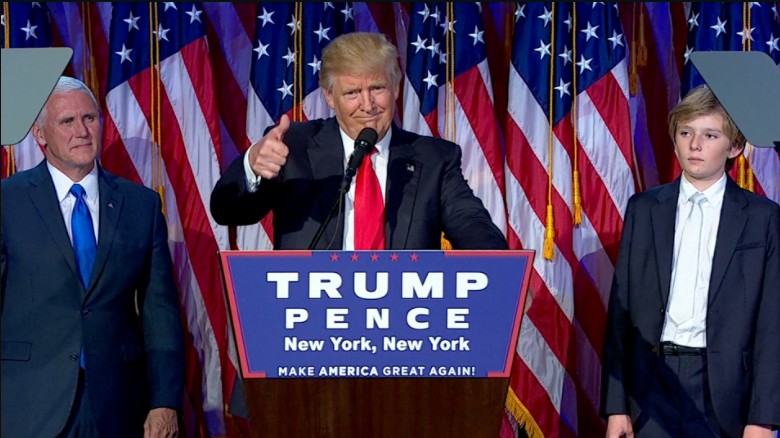 (By: Brendan Sylvia) Donald Trump celebrates a victory Tuesday night after winning the 2016 United States Presidential Election. The official call was made at around 3 a.m. EST as it varied among the different news outlets.  According to the preliminary results, Trump won 48% of the ballots cast nationwide with 279 Electoral College votes while Democrat challenger Hillary Clinton also captured 48% of the popular vote, but only 228 spots … END_OF_DOCUMENT_TOKEN_TO_BE_REPLACED