The Ryerson Rams basketball teams had their hands full during the highly anticipated Gold Rush Weekend (Jan. 26-27) with visits from the Ottawa Gee-Gees and the Carleton Ravens on Coca Cola Court at the Mattamy Athletic Centre.

Ryerson’s women’s basketball team commenced the weekend with a matchup against the Gee-Gees on Friday night. It was a back-and-forth affair for three quarters that saw the Gee-Gees pull away early in the fourth with their largest lead, 54-44, with 8:38 left to play.

The Rams, led by Cara Tiemens who scored 17 points, seven rebounds and three steals, fought back late to cut the Gee-Gees lead to two, with just 2:15 left to play.

A comeback looked to be in the works but Ryerson just couldn’t buy a bucket after coming within two, missing four of their last six shot attempts as the Gee-Gees escaped with a narrow 62-58 win.

The men’s team then took action in a game that saw Rams guard Manny Diressa hit a corner three in the dying seconds with 5.2 left on the clock to send the game to overtime, tied at 77-77.

We’re all tied up with the @uOttawaGeeGees after 40. #GOLDRUSH #weRrams #BellLetsTalk pic.twitter.com/ezvMgwJiZ0

Diressa, who struggled early, scoring just four points on 1-7 shooting in the first half, dropped 37 of his 41 points in the second half on 11-15 shooting. The Rams were able to pull away, connecting on 3-4 of their shots from deep to begin overtime. Diressa was able to ice the game with four free throws as Ryerson sidestepped to a 95-92 win.

On Saturday night, both the women and men’s Rams basketball teams welcomed the undefeated Carleton Ravens.

The Ryerson women’s basketball team was without Sofia Paska for the second straight game due to a upper-body injury.

Paska, who is ranked third in scoring and sixth in rebounding in the OUA, is averaging 19.2 points and 9.5 rebounds through 16 games.

The Rams missed her scoring presence and the attention she drew from multiple defenders in the paint, which in turn led to open looks from three as they shot an abysmal 16.7 per cent from deep on 12 attempts.

“Carleton is so long defensively,” Carly Clarke, head coach of Rams women’s basketball team, said post-game. “They are tough to breakdown and their length makes them tough to score against one on one.”

In a low-scoring, heavy defensive contest, Ryerson trailed 29-17 at halftime. Coming out their break, their shots started to fall, scoring more points in the third quarter (19) than they did in the first two quarters combined.

They cut the Ravens lead to two late in the third but that was as close as they would get. Carleton locked in defensively again in the fourth, holding the Rams to just four points in the quarter, cruising to 55-43 win for their 18th straight.

The men’s matchup drew a crowd like none other as Rams alumni and current Raptors 905 player Aaron Best was in attendance to watch his former team in action against the top team in the country. Raptors forward Bruno Caboclo was also seated courtside alongside Raps assistant general manager Dan Tolzman.

It was a game that was also dictated by defence. The undefeated Ravens took a commanding lead in the second quarter, holding the Rams to 21.4 per cent shooting from the field and 1-12 from beyond the arc, going up 48-29 at halftime.

Ryerson managed to score just 10 points in the paint while the Ravens scored 14 in the first quarter alone and 30 on the night.

The Rams somehow brought the game within 10 points with 7:45 left to play in the fourth but Carleton stopped them in their tracks, closing the game on a 19-6 run to remain undefeated.

“They’re the number one team in the country,” Borko Popic, Rams assistant coach, said post-game. “You expect them to respond and our guys kept fighting, kept hitting back but again their best team in the country and they were able to make the adjustments and make their own mini runs.”

Both the women and men will square off with the Toronto Varsity Blues on Friday. 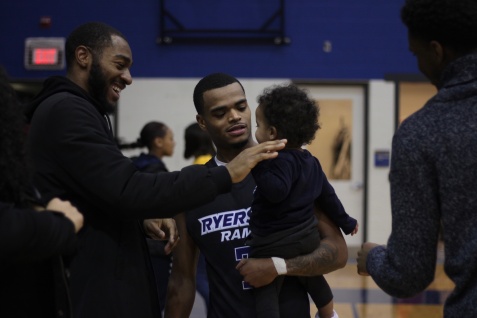 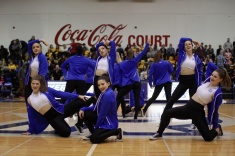 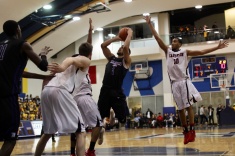 Ammanuel Diressa gets a shot away before being fouled (Photo credit: Brent Smyth/RUtv News). 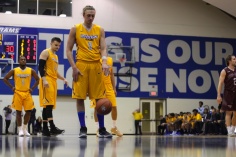 Nick Vroll zones in before nailing his first of two free-throws Friday against the Gee-Gees (Photo credit: Brent Smyth/RUtv News). 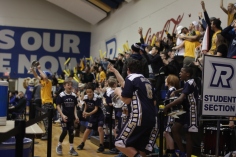 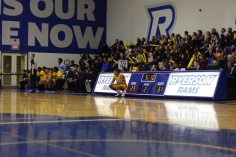 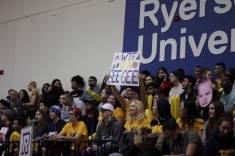 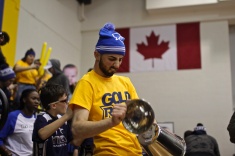 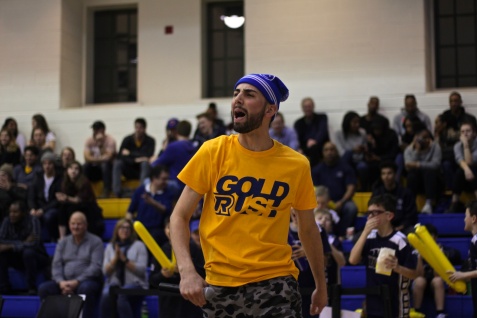 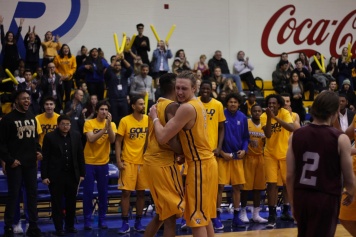 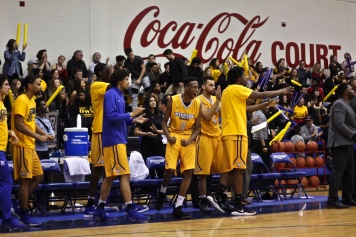 The Ryerson bench explodes after a Nick Vroll block at the other end (Photo credit: Brent Smyth/RUtv News). 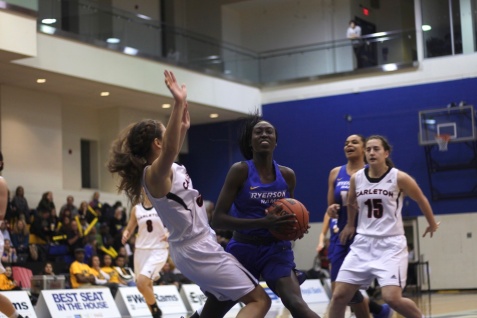 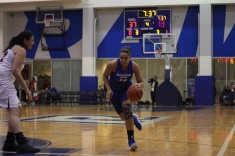 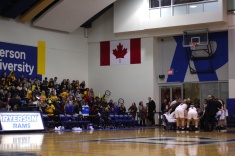 The Ryerson student section forced the Ravens to hold their timeouts in the middle of the court due to the noise production (Photo credit: Brent Smyth/RUtv News). 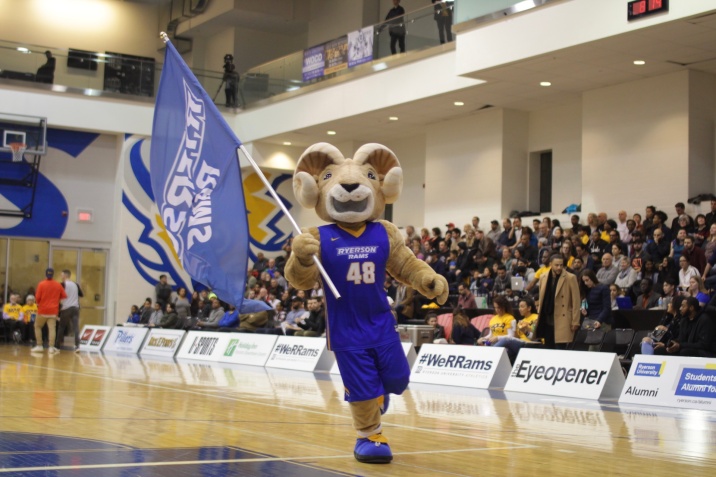 Eggy does his best to fire up the crowd before the men’s team faces the Ravens (Photo credit: Brent Smyth/RUtv News).

The Queen’s Gaels handed the Ryerson Rams their eighth loss of the season on Sunday night. Read the latest article by Andrew Yang on our website today! Link in bio! 📷: Hung Le
Ryerson Student Union Elections end today and here’s what the candidates want to do about the RSU. Find this informative article by @mariamnouser on our website. Link in bio! Picture Credits: @manuelaavega
Unsurprisingly, fans were pumped when the @mapleleafs held an outdoor practice at Nathan Phillips Square on Thursday🏒 . . Link in our bio for the full story 📸: @mattrodrigo_
For years, students applying to the undergraduate Journalism program have been asked to submit a portfolio and entrance essay. 📝 The submission requirements for the program are now grades-only. See the full story on our site - link in our bio!
Taryq Sani led the Rams to victory in his debut against the Paladins Friday night🏐⚡️link in our bio for the full story.
Last night, the Rams took the victory over the Paladins to protect their perfect record this season, despite a disappointing play. The win comes after getting the top spot in U SPORTS on Tuesday🏐💥.. Read the full story at the link in our bio. 📸: Christian Bender/ Ryerson Rams Athletics