All eight Harry Potter movies are being re-released in select Imax theatres on Oct. 13 as part of a global fan event leading up to the release of Fantastic Beasts and Where to Find Them.

The movies will be shown for a week in theatres across Canada, the United States and England, including Scotiabank Theatre in Toronto. Viewers can purchase passes to see just one movie, three movies, four movies, or even all eight! Viewers will be treated to a never-before-seen clip of the upcoming Warner Brothers film Fantastic Beasts and Where to Find Them, including recorded clips of the flim’s stars.

Long-time Harry Potter fan Catherine Abes plans on bringing a friend along who has never seen the movies before to watch them with her.

“I think it’s not just the old-timer Harry Potter trash people who are going to go, it’s going to be new people as well who are going to experience that,” said Abes. “The idea of bringing back that excitement again is almost like it’s coming out again.”

She also says that it’s a new kind of excitement for her as well, even as someone who has seen all the movies.

“The first movie came out in 2001, when I was three, so it wasn’t possible for me to see all of them, but now I can and that’s a really big deal for me,” said Abes.

Some Harry Potter fans have made their own ‘release parties’ for the movies. The Fanatics Domain at Ryerson has an event planned for Oct. 13, where members will be able to attend a Fantastic Beasts event called “A Return to J.K. Rowling’s Wizarding World” and see clips of the new movie, along with a Q & A with actors before watching Harry Potter and the Philosopher’s Stone in theatres. 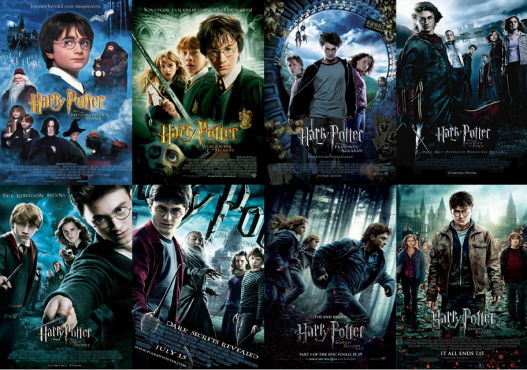 Georgia Fasciale, member of the Fanatics Domain, said all the members are very excited as self-proclaimed fanatics, and that they have another Harry Potter event planned for November, closer to the release of Fantastic Beasts and Where to Find Them.

Though the re-release was intended as a promotional event for Fantastic Beasts and Where to Find Them, some fans feel it’ll achieve a different goal altogether.

“Some people forget the greatness of the Harry Potter series so the re-release will be a good way for people to be reminded of how amazing Harry Potter actually is,” said Raza Malik, a first year retail management student at Ryerson.

He thinks the re-release may bring new Harry Potter fans to the scene, or at least rekindle the excitement in former ones.

Tickets are on sale now for all eight movies, and Fantastic Beasts and Where to Find Them is coming to theatres on Nov. 18.